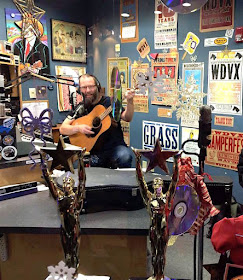 Sean McCollough is a University of Tennessee music professor well known around Knoxville, Tennessee for his folk and kindie music, hosting the Kidstuff Show on WDVX public radio and performances at local festivals. He has been hosting Kidstuff on WDVX since 2012 which has him every Saturday morning interviewing and listening to performances of touring children's musical artists. McCollough own contributions to children's music were recognized in 2010 when he was presented with a Parents' Choice Award for his album This Is Our House.

His new album EARWORM delivers track after catchy track wriggling his melodies and lyrics through listeners’ ears into their brains. Tying into his love for the public radio show he hosts, EARWORM includes the “Kidstuff Theme Song.” It also includes “All Kinds of Singing” which originated from a collaboration between his radio show and the Knoxville Opera Company.

Being a father of 3, McCollough reminisces through his music about family experiences that other parents can relate to. Moms and Dads will empathize with the pained protagonist in the EARWORM song “Carsick.” “ABC (The Writing Song)” relates to a parenting right of passage in teaching a child to know the ABCs of writing through an alphabet sing-along. My favorite song on the album is "Don't Let Em Get Your Goat" which has a message of keeping an upbeat attitude when other people are trying to drag your self-esteem down. Who hasn't had to deal with bullying and teasing in life? This is an entertaining anthem promoting self-confidence for kids and their grown-ups.

EARWORM also highlights McCollough's passion for folk music and his hometown of Nashville. The album's title track is a humorous folk music inspired tune about those annoying songs you just can’t get out of your head. McCollough joins with friend Greg Horne performing the traditional folk style “Rag Doll.” Molly Ledford, a GRAMMY-nominated songwriter and leader of the band Lunch Money, wrote the song “Sunsphere” about the landmark tower on the Knoxville skyline. The folksy tune “Her Name Was Lady” tells about Sean’s childhood pet goats Lady, Pablo, and Jackie.

“Let’s Give a Party” celebrates the African-American string-band tradition. It was written by Martin, Bogan and Armstrong (formerly the Tennessee Chocolate Drops who recorded in Knoxville in 1930). McCollough helps produce the annual Louie Bluie Festival in Tennessee, honoring Armstrong. 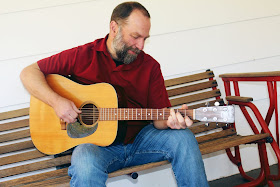 Sean McCollough has kindly provided ageekdaddy.com with a compact disc of EARWORM to giveaway. One lucky winner will be randomly selected from all eligible entries in the rafflecopter form below. Submit your entries by 11:59 pm on May 10, 2019 for a chance to win. Must be a United States resident over 18 years old to participate. Good luck!

a Rafflecopter giveaway Head over to seanmccollough.com for more information about this kindie music artist and how to purchase his new album.